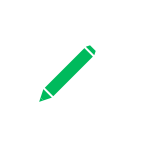 The micro benchmark category consists of tests that measure the performance of the basic operations involved in training deep learning neural networks. This category mainly targets the GPU hardware platform and consists of the following tests.

The macro benchmarks include the CNN and RNN models. The purpose of this benchmarks to test the performance of complete models with focus on inference. The models weights are obtained by trained on a few hundred of iterations with initial random numbers (it is enough for performance testing purpose). They will be tested in two frameworks: Caffe and Tensorflow. Caffe models and weights are input to TensorRT and the results are based on TensorRT optimized graph. Tensorflow models are coded and tested in Tensorflow framework. The CNN models need to train a few hundred of iterations get obtain the initial checkpoint files. Later, these files are used in inference test phase.
Our model database tracks the academia and industry innovative development of new algorithm and models all the time. New models could be added if they are satisfied with our selection standards.

The macro benchmarks collect a couple of commonly used models in both academia and industry, including CNN models of ILSVRC champions. Besides, it also include some RNN based application in NLP. This benchmarks are evaluated for their performance of running the complete models to get sense of the performance data for some major applications categories.

Deep learning (DL) architecture, such as convolutional neural networks (CNN), involves heavy computation and require hardware, such as CPU, GPU, and AI accelerators, to provide the massive computing power. With the many varieties of AI hardware prevailing on the market, it is often hard to decide which one is the best to use. Thus, benchmarking AI hardware effectively becomes important and is of great help to select and optimize AI hardware.

Unfortunately, the current AI benchmarks always suffer some drawbacks of traditional benchmarks. First, they cannot adapt to the emerging changes of DL algorithms and are fixed once selected. Second, they contain tens to hundreds of applications and take very long time to finish running. Third, they are mainly selected from open sources, which are restricted by copyright and are not representable to proprietary applications.

We keep working hard to develop our benchmark suites. Any suggestions, contributions and improvements from anyone are welcome. Please do not hesitate to contact us if you want to participate in this open source project. You could submit questions on Github or contact us through aimatrix@list.alibaba-inc.com